Do you want to move large weights, but compressed air is not available? Or do you want less energy consumption and a lower initial investment? Consider moving with water as a medium. In some situations, it may not be desirable (or possible) to work with compressed air.

Speak with a specialist You can still take advantage of omni-directional movement by using water instead of air as a medium. We have developed a range of special water casters for this purpose.  Especially with extreme weights — such as turntables, cable carousels, cable baskets or moving complete ships — this technique has some advantages over air casters. Aqua Casters require less volume and energy, while still moving large weights.

Compared to air casters, only 5% of the volume is needed for Aqua Casters. This means that with the same weight to be moved you need many fewer gallons of water than you would need for air to move the object. In addition, the initial investment in a pump is cheaper than for a compressor. The fact that the volume of the medium is considerably smaller also has energy advantages, which reduces operational costs.

Water casters don’t work in every situation. They require a constant flow of water through the caster. When the flow is interrupted, the water film is dissolved, and the machine lowers back onto its frame. Water that escapes from the water caster can be problematic. But this does not have to be the case.  The water that escapes from the caster can be collected and reused.

In an offshore environment there is often a lot of water available. If the movement is at a fixed place, such as turning a cable carousel, water can be collected relatively easily. Also when moving ships, parts of ships or other movements of large weights along the quay or in a dock, the environment can be designed so that the escaping water from the membrane does not become a problem. The water that is available (fresh or salt) is not a problem for the casters, but the specifications of the pump must be taken into account.

Would you like to know more about Aqua casters, or personal advice? Contact us for more information.

Speak to a specialist 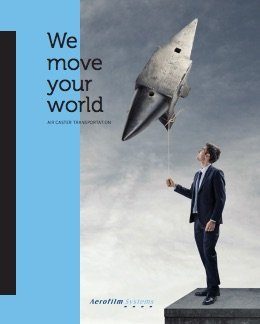